I understand why people think that 2016 totally sucked. David Bowie, George Michael and Alan Rickman went to heaven. So did various other celebrities and it's a shame. Then Donald Trump got elected president of the United States. Big bummer. Some days before Christmas a terrorist attack hit Berlin. Thousands are starving in Aleppo. Life is a bitch these days. And we are right there to live it.

But for me, personally, this year has been just the best. It was the year of NO symptoms, none at all. It was the year I went back to teaching and earning some grand bucks. It was a normal year, with ups and downs, okay. But normal is just wonderful.

Some other highlights of my year:

In January, we celebrated my birthday with a birthday breakfast in our favorite café.
In February, we celebrated carnival and the kid enjoyed their confetti guns. (I am not a big fan of February though.)
In March, we celebrated Easter with family and went to the traditional Easter carnival.
In April, my German blog had its comeback and we cheered on BigL at the track and field competition. 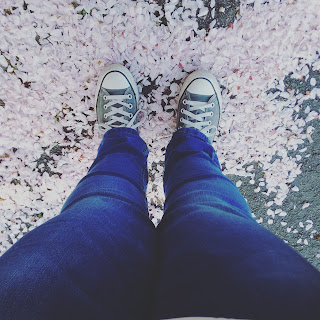 In May, it got warm and we brought out the pool, had lots of ice cream and wore flipflops.
In June, summer kicked in full forced and we enjoyed days on the porch, fun at the pool and the smell of sunscreen. 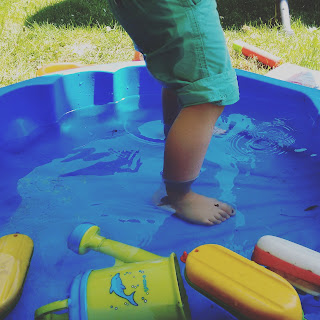 In July, summer break started and we headed to the Dutch coast for our annual summer getaway.
In August, DH and me went to the summer festival to see my muical love Milow perform. It was super hot and we sang and danced along and had to drink loads of water. 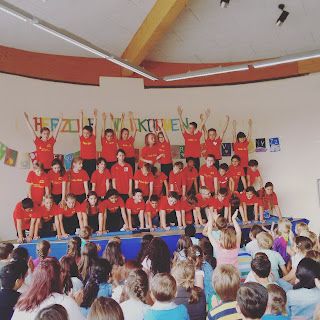 In September, BigL started his new school, which was pretty exciting. Also, summer came back with high temperatures and we had many BBQs before summer came to an end. AND Little L turned
unbelievable four years old!!!
In October, we enjoyed lots of early fall sunshine and spend a lot of time in our garden, because the weather was just so nice.
In November, we celebrated St.Martin's day and BigL's eleventh birthday. Eleven!! 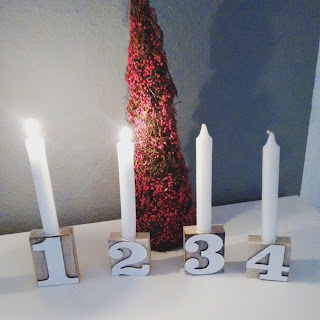 In December, the days got so short, but were filled with twinkling Christmas lights and candles. We ate way too much candy, had a great Christmas and are looking into the New Year with hope and love.

Have a great New Year's Eve, everybody and a happy new year! Love from my family to yours, Sanna
Eingestellt von Sanna um 08:24 Keine Kommentare:

Merry Christmas from my family to yours! 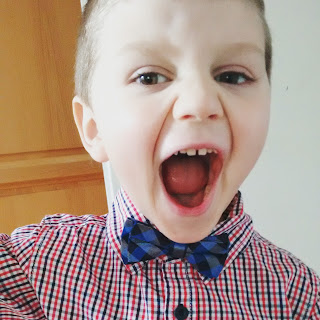 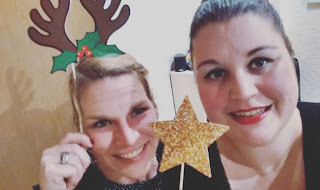 On Christmas Day, we got together with my part of the family, which included good food, more presents and happy kids. 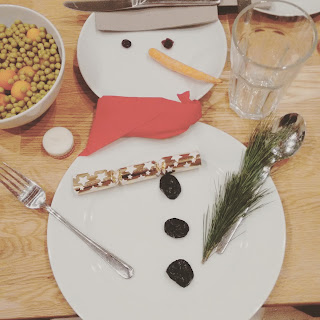 Today, we decided to stay in our PJs (the kids) and do just NOTHING. We played with new toys, had a game of Monopoly and ate a box of fine chocolates. Then, I decided to kick out the tree as it lost loads and loads of needles. It made me crazy. And then I thought if I brought the boxes for the ornaments upstairs, I could also get rid of all the other Christmas stuff. So, we are done with Christmas. Everything is stored away in the basement, the f***ing tree is on the porch, I predict, it will stay there until we start spring cleaning in three months or so.

Christmas is done, now I can officially start planning New Years Eve. We are having friends over, which will be so much fun. I am really loooking forward to it. What are your plans?
Eingestellt von Sanna um 10:18 Keine Kommentare:

In my part of the woods

what's going on in your part of the world? In my part, a terrorist attack happened. On a Christmas market. A lovely tradition of Christians to celebrate the season. To be honest, I am not shocked. We have seen this coming, right? It was just a question of when this will happen. And last night it did.

Am I afraid? Nope. Not a bit. I am mad as hell. But my reaction will be more love, more laughter and more tolerance. I will not stop going to christmas markets. I will not stop dancing and singing at festivals. I will go on living my wonderful life in a free world.

I won't let those motherfuckers control my life. They wont get my life. Never ever. I have a responsibility for my kids and I will do everything to protect them, but I cannot make them stop living as well. I remember, when I was a teen in the Nineties and made trips to London like twice a year. The IRA was pretty active these days and my mom always prayed for me to come back safe and sound. She didn't want me to go, but at the same time, she couldn't make me stop living my teenage years. It was the right thing to let me go.

Terrorist attacks are a risk we are living with these days. We have to accept that and keep on fighting for what we believe in. Freedom, peace and love. Spread the love. Be humble and kind. Fill this world with your sparkle and laughter. This is what I will do. Join me!

Sorry for not posting earlier, but I had to handle my new job and life and everything that comes with it.

First of all, we celebrated Big L's birthday on the last day of November and he turned ubelievable ELEVEN years old. Just two more years until the teens. I cannot believe it. Time really flies. It was a great day with cake and gifts and balloons. Just perfect.

A day later my new/old job started. I expected anxiety and everything that comes with it, but nothing happened. Just nothing. Surprisingly, I had no problems getting up in the middle of the night and everything went smoothly, so I had a good first day. My class is very nice and willing to learn, they make it easy for me. It took like five minutes to be back in teaching mode and from the very first second, it felt like I have never been away. I am so blessed to be healthy. It's too good to be true and it makes my heart burst with gratitude and joy.

We are also getting prepared for the holidays. The decorations are up and so will the tree this weekend. I am really looking forward to blaring Christmas music while we sip punsch and decorate the tree. it's so much fun. Unfortunately, we only have space for a small tree and Little L already informed me that he wants a big one such as everybody else. Uhm, nope.

My new life after PPD really is wonderful and I couldn't be happier. I am thinking about the last years' Christmasses a lot lately. I remember four years ago, when I was so very sick that I spend the day with my parents, who tried to keep me from killing myself. A year later, I was still sick and spend Christmas Eve at the clinic. Big bummer. Another year later, I was just released from the clinic and it was hard, but I made it. Last year, I was back to life. It was wonderful and merry and we actually celebrate the 1-year-anniversary this month of me being symptomfree. I think a lot about those who suffer on Christmas. i think about those in the psychiatric ICU. How desperate and lonely they must feel. I think about those for whom the days of Christmas are the worst days of their year. Christmas can be wonderful and bright, but it can also be the hardest time ever. I know, cause I've been there. I know, because I haven't celebrated Christmas with my small boy the first two years of his life.

Please do me a favor. If you know someone for whom the Christmas days are hard, make it better for them. Send a card or give a hug or say a prayer. So will I.