How I'll always be

Part of it my be, that Tim McGraw is just my all time favorite singer. I love his voice, his music and his deep South lyrics. I have no idea why as I like to call myself pretty progressive, but that feeling of home and tradition and simplicity his songs contain make me feel at ease and comfort me like no other music.

On the other hand, these lyrics let me think that my simple life as a mother, wife, teacher is just right. I do not have to be very beautiful or successful or outstanding in any other way. I am just fine the way I am. I obviously knew this before, but it is good to hear it from time to time, right?

So, this is how I'll always be: 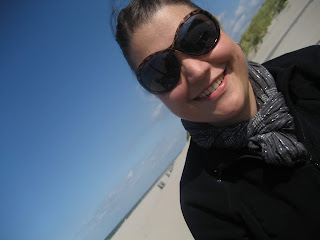 It is no fun to check celebrity news these days. Kate Spade was bad enough, but Anthony Bourdain kind of really shocked me. Never in a million years would I've thought that he was struggling from some kind of mental health issues.

Which proves, that mental illness is something you can hide pretty good. It is not about the looks, it is about the inner demons. And that makes it so hard to really grasp what depression, anxiety or PTSD is really about when you are not affected yourself. Mentally healthy people will never understand the agony we are/were going through. And that is a great thing, because I really do not want anybody to experiene what I did.

At the same time, it is what facilitates the stigma. I was lucky to suffer from a postpartum disorder, because it is not as stigmatized. Everybody heard of the baby blues, right. (Although I was dealing with something very different). It is the stigma, that makes people suffer in silence. It is the stigma, that makes sick people even more sick. Mental illness is bad enough, but suicide?? That's a taboo with limitless dimensions.

Suicide. There. I said it. It was something I thought about for 1,5 years. Every single day. On some days, it was all I thought about from dawn til dusk. My mental pain was so overwhelming, that it seemed the only way out. Did I think about my family? Hell, yes, I did. I was convinced they were better without me around. I was a burden. I couldn't lace my kid's shoes, so what was I worth? I wasn't able to take care of the simplest of things, like shopping for groceries, nappy changes or night time duty. I was hardly able to dress myself, so what kind of mother was I? A bad one. Worthless.

NO! I was a sick mother. That's about it. I was so, so sick that it affected my every fibre of being. At first, people were fine with it. Everybody thought that it will go away with a hospital stay. But after 1,5 years and endless hospital stays later, people lost patience. (So did I.) All I had to do was pull myself together (pissing my pants laughing here). Work more on getting healthy (Again, laughing uncontrollably). Be happy, because I had that cute baby (hahahahaha).

That's not how it works, folks. Mental healing takes time. Weeks, months, even years. Stop telling people to pull themselves together. Stop treating mentally ill like they are some kind of freaks. Stop telling them suicide is selfish, because it is far away from that.

Reach out to someone who is suffering. Listen. Again and again and again. Yes, even for years. Support them and help with  everyday chores, insurance issues and keeping life organized. Don't push them to do things they are not comfortable with. Life will be fine again. It will. I promise. 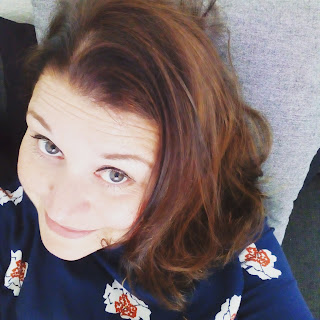 Wow, only a month later and all these projects are done! Our garden is so beautiful by now, with all the new decorations and plants and DH did an awesome job. 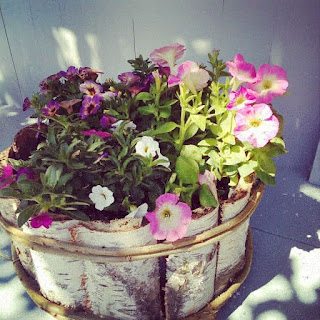 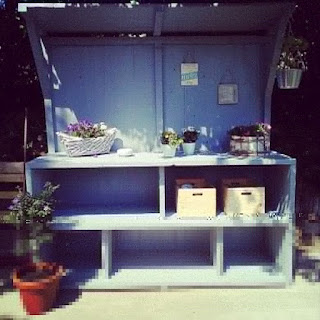 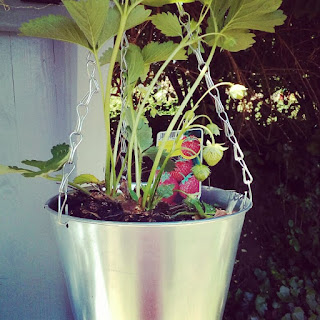 We also have a new roof and connstruction workers are gone for days now, so we can enjoy our days outside and sunbath in bikinis and nobody's really watching. Yeah for that!

We are still experiencing summer in spring and we all enjoy it so very much. We actually went to the pool today and I watched Linus in disbelief do some swimming. He is going to swimming class for some time now, but it is without parents, so I had no idea he can actually move arms and legs together. Awesome! I am hoping for his "Seepferdchen" (Sea horse diploma) during the summer. It's like a little swimming exam to proof that kids can really swim and are allowed in deep water on their own, for example. It would mean no more driving to swimming class and waiting for an hour outside the pool. Ah, that sounds great, doesn't it? 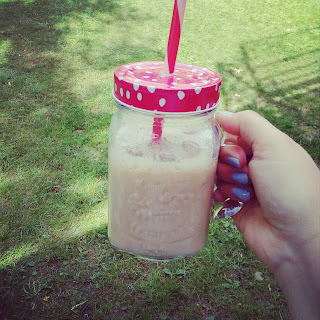 As it is already June, we do have five weeks left until summer break. Five weeks!! That's only 20 days of work before we are heading into summer full force. Before summer camp and vacation and endless days in the backyard and at the pool. Before ice creams and the smell of sunscreen and going on bike rides. I cannot wait for all this to happen.

Summer, I am cheering for you! Have a great day! Love, Sanna
Eingestellt von Sanna um 10:51 Keine Kommentare: